The estimated population of Iowa is over 2,988,000 with a workforce of approximately 1,661,000. Iowa is the 31st largest state in terms of population, and there is a high demand for computer forensics professionals. Iowa computer forensics is trending like this field in every other state; it is rapidly growing. 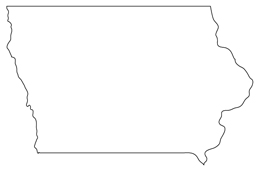 Computer forensics has become a very important necessity in today’s world, and those in the field of computer forensics in Iowa are doing everything they can to embrace and nourish its growth.

While Iowa’s main industry centers on agriculture, there is still a need for computer forensic professionals. However, there is a limited selection of colleges in Iowa that offer campus-based computer forensic programs. Indian Hills Community College, located in Centerville, Iowa has an associate’s degree in Computer Forensics. Iowa Lakes Community College in Emmetsburg, Iowa also has an associate’s degree in Computer Forensics. St. Ambrose University in Davenport, Iowa offers a bachelor’s in Computer Investigations and Criminal Justice.

However, if you do not live near Centerville, Emmetsburg or Davenport, or don’t like the idea of having to commute to go to class, online options may be a better fit for you. With the ever-growing demand for computer forensic professionals, more and more schools are rushing to make computer forensic degrees more readily available for interested students. However, with a more flexible curriculum that students are able to complete on their own schedule, online colleges seem to be beating campus schools to the punch.

When it comes to standard operating procedure in computer forensics, every state has its own laws and procedures. Currently, Iowa is operating with regards to the Federal Rules of Civil Procedure Amendments. Iowa’s adoption of the Federal Rules of Civil Procedure amendments is pending a decision by the Supreme Court of Iowa, after the recent completion of public comments regarding the proposed rules changes*.

Iowa is among the majority of the states which require any individual practicing data recovery with the intent of using found information in a court of law be a licensed Private Investigator in that state. This is referred to as electronic discover or e discovery. While this is not an issue for the Law Enforcement Agencies working across the country it could prove to be an obstacle for those working in the private sector as computer forensic “specialists”

Of course, as with any profession, the pay for computer forensics varies by the specific city you practice in. For instance, in Cedar Rapids and Iowa City, a computer forensic examiner can make around $70,000 a year. In Des Moines the pay is a bit less at around $68,000**.