The estimated population of Indiana is over 6,313,500 with a workforce of approximately 3,271,500. Considering that Indiana is the 15th largest state in the country, there is a high demand for computer forensics professionals. This growth rate for Indiana computer forensics experts will only continue to increase moving forward. 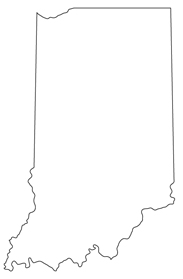 Computer forensics has become a very important necessity in today’s world, and those in the field of computer forensics in Indiana are doing everything they can to embrace and nourish its growth.

With the ever-growing demand for computer forensic professionals, more and more schools are rushing to make computer forensic degrees more readily available for interested students. However, with a more flexible curriculum that students are able to complete on their own schedule, online colleges seem to be beating campus schools to the punch.

When it comes to standard operating procedure in computer forensics, every state has its own laws and procedures. Currently, Indiana is operating with regards to the Federal Rules of Civil Procedure Amendments. Indiana has adopted several rules incorporating provisions covering electronic discovery and electronically stored information. The adopted amendments include the safe harbor provision. These new rules were put into effect January 1, 2008*.

Indiana is among the majority of the states which require any individual practicing data recovery with the intent of using found information in a court of law be a licensed Private Investigator in that state. This is referred to as electronic discover or e discovery. While this is not an issue for the Law Enforcement Agencies working across the country it could prove to be an obstacle for those working in the private sector as computer forensic “specialists”.