Like most other states, most of the Alaska computer forensics jobs are supported in the larger, metropolitan areas. A lot of the work done in the smaller regions across the state can be outsourced either from the greater cities in the state or from other states in outlying areas.

However, Alaska being the only state in the area, most work is handled by those out of Fairbanks, Juneau, and Anchorage, with a population of nearly 360,000 residents within the metropolitan area. Home to more than two-fifths the state’s population it is easy to see why it employs a majority of the states computer forensics professionals. 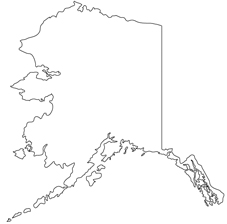 Online colleges and universities offer a wide range of computer forensic degrees. These online schools allow Alaska’s residents to work at their own pace and in their own environment, no matter how isolated a region they might live in.

When it comes to standard operating procedure in computer forensics, every state has its own laws and procedures. Currently, Alaska is operating with regards to the Federal Rules of Civil Procedure Amendments. There are no additional state laws or statutes on the books in Alaska concerning computer forensics or data recovery.

Alaska is among the majority of the states which require any individual practicing data recovery with the intent of using found information in a court of law be a licensed Private Investigator in that state. This is referred to as electronic discover or e discovery. While this is not an issue for the Law Enforcement Agencies working across the country it could prove to be an obstacle for those working in the private sector as computer forensic “specialists”*.

While agents in law enforcement might not always see the six figure income, they are taken care of by way of health care benefits and retirement plans. Not to say that the private sector of computer forensics is not competitive. Large firms across the country compensate their employees quite well, with some computer forensics managers making that six figure income we spoke of.

In Alaska the average salary in computer forensics is $69,000** annually. According to the U.S. Department of Labor the mean annual income for all employed in 2007 was $43,920*. These are fairly typical findings, as the salaries in computer forensics across the country tend to be far above average. Across state of Alaska the income in computer forensics varies from region to region. Traditionally, larger cities tend to pay better salaries than smaller, more rural areas. For instance, in Anchorage and Juneau a computer forensic examiner makes a significantly higher salary than in Kodiak and Fairbanks.