The estimated population of Rhode Island is over 1,057,800 with a workforce of approximately 577,000. Rhode Island is 43rd largest state in terms of population. In places like Warwick and Providence, the demand for educated and trained Rhode Island computer forensics professionals continues to increase. 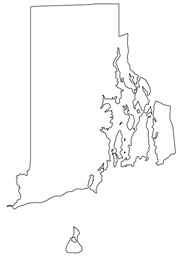