The estimated population of Ohio is over 11,466,900 with a workforce of approximately 5,976,500. Ohio is 7th largest state in terms of population. In places like Cincinnati, Cleveland, Columbus, Dayton, and Toledo, the demand for educated and trained Ohio computer forensics professionals continues to increase. 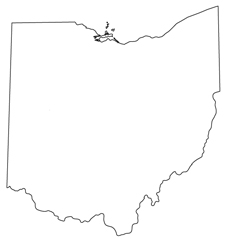 When it comes to standard operating procedure in computer forensics, every state has its own laws and procedures. Currently, Ohio is operating with regards to the Federal Rules of Civil Procedure Amendments. A draft proposal has been adopted by the Committee of the Commission on the Rules of Practice and Procedure and was submitted to the Supreme Court of Ohio for an initial consideration. The proposal does not include a mandatory meet and confer provision. The proposal is currently pending comments and a final decision by the Supreme Court.

The United States District Court, Northern District of Ohio: ‘Default Standard for Discovery of Electronically Stored Information (“E-Discovery”): “The court expects the parties to reach an agreement on e-discovery, but states that if an agreement cannot be reached, the parties should designate an e-discovery coordinator in order to promote communication and cooperation*.