Alabama State is home to the National Computer Forensics Institute. Created with the help of the Department of Homeland Security, the NCFI opened its doors in January of 2008. Law enforcement agencies from across the country are taught strategy and skills from 18 full-time U.S. Secret Service agents at the Hoover, AL facility. Estimates of attendance are around 900 state, county, and local professionals annually at this Alabama computer forensics location. These students are given the tools and knowledge to fight cybercrime in all facets, be it crimes against children, identity theft, or terrorist activity. 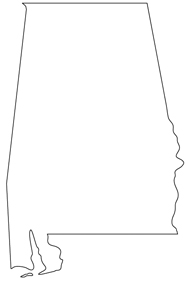 Alabama is among the majority of the states which require any individual practicing data recovery with the intent of using found information in a court of law be a licensed Private Investigator in that state. While this is not an issue for the Law Enforcement Agencies working across the country it could prove to be an obstacle for those working in the private sector as computer forensic “specialists”*.

Right now in Alabama, the average salary for computer forensics professionals is at $66,000**. The mean salary in the state of Alabama, according to the United States Department of Labor, is $33,400* for 2007. The salaries for computer forensics in Alabama State have the potential to drive many of these generations’ students, who grew up with computers in the home, to pursue this lucrative profession.

Across the state of Alabama, computer forensic salaries vary greatly from region to region. Up in Huntsville, AL, the average computer forensics detective is making upwards of $78,000**. And in the middle somewhere is Birmingham, AL, at $67k** and Montgomery, AL, average salary at $70k**.

Traditionally, larger cities tend to pay better salaries than smaller, more rural areas. For instance, in Huntsville a computer forensic examiner makes a significantly higher salary than in Auburn. Cities such as Birmingham, Gulf Shores, and Mobile tend to be in the middle in terms of salary**.